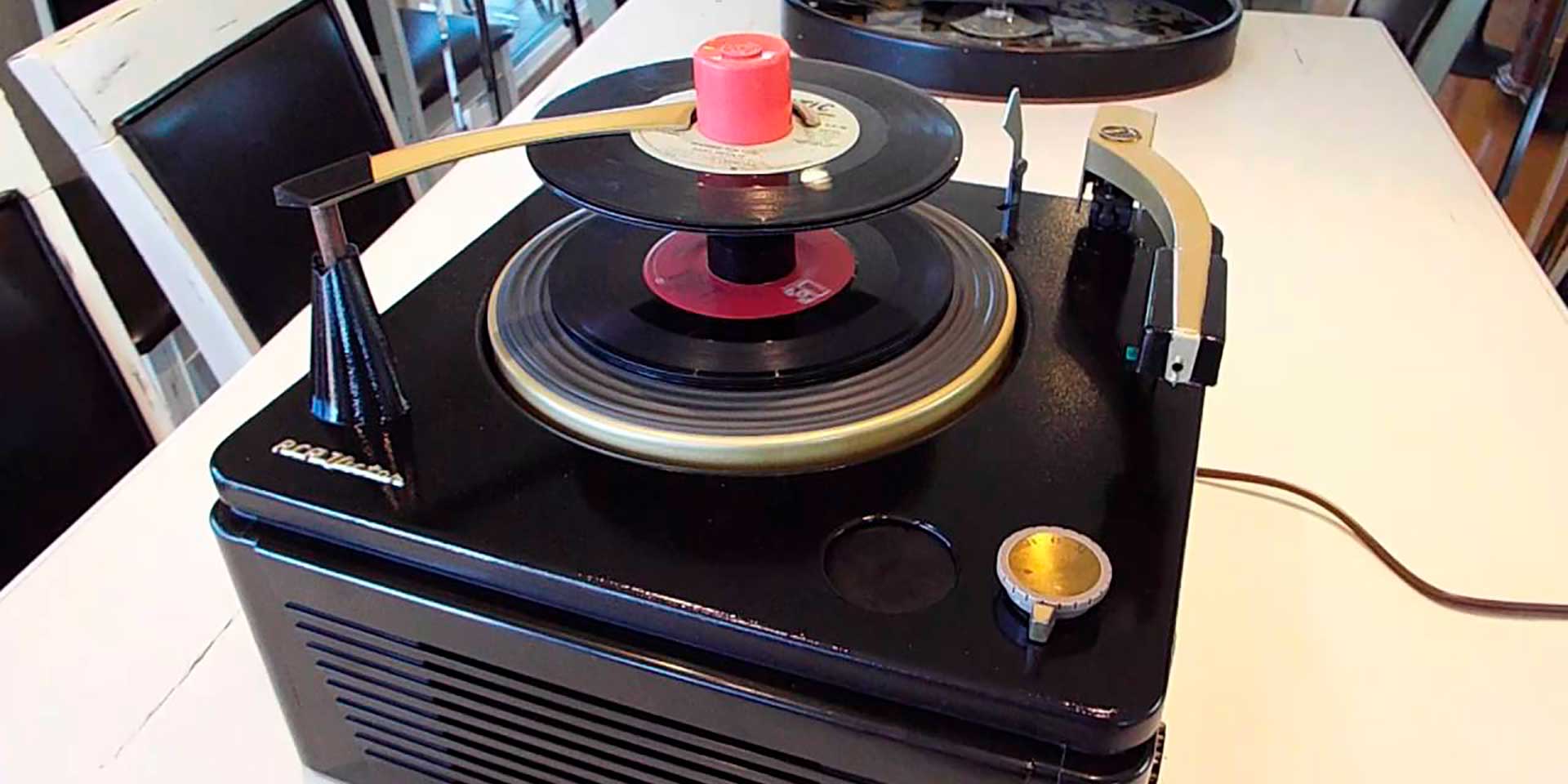 This article will tell you how to convert your regular record player to one that can play 45s. It will also provide information on the difference between regular records and 45s and shed light on the causes that made them different.

A 45s is a kind of record that holds only one song on one side and has another song or an instrumental on the other. 45s are usually 7 inches in diameter, compared to the 12 inches of a regular record. The number 45 comes from the fact that such records are played at 45 revolutions per minute.

Related article is it okay to leave a record on the turntable.

Are the outside diameter and the playing speed the only differences of 45s records?

No there are more differences, 45s also have a larger hole in the middle of the disc than regular records. Like many other people, you might wonder why. This is because 45s appeared in the course of a competitive war between two companies. In 1949, RCA Victor introduced the 7-inch 45 rpm record as a response to Columbia’s introduction of the LP record, which was 12 inches in diameter and played at 33 1/3 rpm. It has a hole of the standard size – 9/32 (approximately 0.281) inches.

RCA started to produce 45s with a hole measured 1.5 inches for two reasons. While RCA’s records contained less duration of music than Columbia’s LPs, with the new hole diameter, the owners of RCA’s automatic turntables could stack records up on a special tall spindle that could accommodate up to half a dozen of records. The records then fell down one by one so that music could sound more than half an hour without human intervention. Technical causes imposed the bigger diameter of the spindle – it made a pack of records more stable on the spindle and ensured that a record received the bigger torque when dropped on the turntable already rotating at full speed.

RCA intended to make their record format dominant. That was not meant to happen.

So, what do you need to play 45s on a regular record player?

Most modern record players have a speed selector knob, that allows choosing between 33 and 45 rpm, and sometimes even exotic variants like 78 rpm and others.

Given that 45s records have a smaller outside diameter than regular LPs, if your turntable positions the tonearm at the start of a record automatically, make sure that you also switch the record size selector into the proper position. Failing to do so is the saddest thing that can happen while playing 45s because the needle of your tonearm will land on the turntable’s rubber surface and be damaged. On the other hand, if you are going to position the tonearm manually – it is much safer because you are less likely to miss the start of the track.