Many people enjoy vinyl records for a variety of reasons. Some people appreciate the warm, full sound that vinyl offers, while others enjoy the experience of holding and playing a physical record. Some appreciate the nostalgic appeal of listening to music on vinyl.

Finally, for some collectors, the value of certain records can make them even more enjoyable to own. Whatever the reason, there’s no doubt that vinyl records remain popular with music lovers worldwide.

What are the most selling vinyl records?

Several different factors can affect which vinyl records are the most selling. It can include things like the artist’s popularity, the music’s quality, and even the packaging. However, a few records seem to top the charts when it comes to sales continuously.

Here is a look at some of the most selling vinyl records of all time:

Pink Floyd – Dark Side of the Moon

The album was released in 1973 and is the eighth studio album by the band. The album was a commercial and critical success, spending 741 weeks on the UK charts and 733 weeks on the US charts. It is one of the best-selling albums of all time, with estimated sales of over 45 million copies worldwide.

The album’s concept is based on the observation that life is absurd and unpredictable and explores the mental states of alienation, anxiety, and insanity.

The album was recorded in 1972 at Abbey Road Studios in London and was produced by the band’s guitarist, David Gilmour. The album was engineered by Alan Parsons, who also worked on the band’s previous album, Meddle.

The album features some of the band’s most popular tracks, including “Money,” “Us and Them,” and “Brain Damage.” “Money” is one of the band’s most famous songs and was a Top 10 hit in the UK and US. “Us and Them” is a seven-minute track that features a distinctive saxophone solo by Dick Parry. Finally, “Brain Damage” is a slower, more atmospheric track that culminates in the famous lyric, “I’ll see you on the dark side of the moon.” 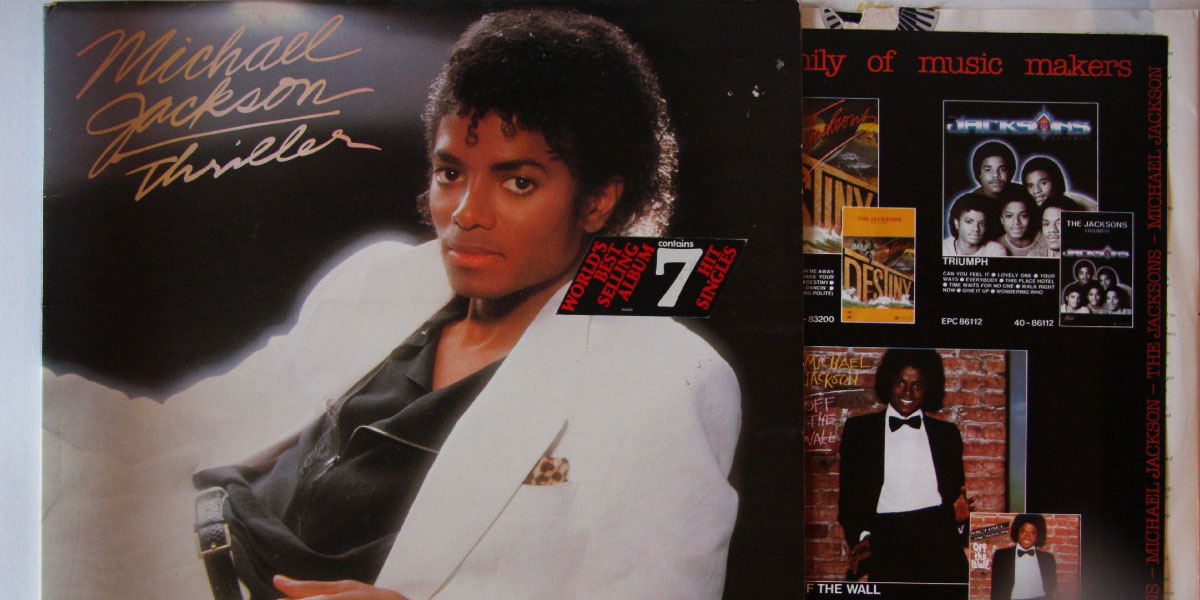 The album was released on November 30, 1982, by Epic Records. It is the best-selling vinyl album of all time, with sales of over 33 million copies worldwide.

The album won Grammy Awards for Album of the Year, Best Pop Vocal Performance by a Male, and American Music Awards for Favorite Pop/Rock Album and Favorite Soul/R&B Album. In 2003, Rolling Stone placed the album at number 20 on their list of “The 500 Greatest Albums of All Time”.

Thriller was recorded between April and November 1982 at Westlake Recording Studios in Los Angeles, with a production budget of $750,000. Jackson wrote four of the album’s nine tracks, while co-writers Rod Temperton and Steve Porcaro contributed with “Thriller,” “Beat It,” and “Human Nature,” respectively.

Quincy Jones served as the album’s producer, while Bruce Swedien acted as its engineer and mixer. In addition, Jackson collaborated with several guest artists on Thriller. However, only Paul McCartney appears on the album’s front cover of the three artists featured.

Jackson incorporated several genres into Thriller, including pop, post-disco, rock and roll, electro, and funk. The success of Thriller led to Jackson’s appearance on the Time magazine cover in March 1984.

The Beatles’ Abbey Road is one of the most popular and influential albums of all time, and its iconic cover art is instantly recognizable. The album was released in 1969, and the cover features the four members of the band walking across a zebra crossing in London. Abbey Road was the last album recorded by the Beatles before their breakup, and it is considered by many to be their best work.

The cover art for Abbey Road has been parodied and imitated countless times, becoming one of the most iconic images in pop culture. The album is also highly regarded by critics and fans alike, and it is often considered one of the greatest albums of all time.

The album was recorded at EMI’s studios at Abbey Road in North London. The majority of the album was recorded in June and July 1969; the final two songs, “I Want You (She’s So Heavy)” and “The End,” were recorded during the Abbey Road sessions in August. With no further albums planned, Abbey Road was the last recording session for the Beatles as a quartet. Since its release in 1969, the album has sold more than 31 million copies worldwide, making it one of the best-selling albums of all time.

Paul McCartney wanted to create a return to the group’s earlier, lighter pop sound, and he mostly used his songs as the basis for the album. John Lennon brought fewer new songs to the album and only wrote three of the album’s fourteen tracks. George Harrison contributed to “Here Comes the Sun,” while Ringo Starr sang the lead vocal on “Octopus’s Garden.”

The album succeeded commercially, reaching number one on the UK charts and two on the US Billboard 200 chart. Abbey Road was nominated for Album of the Year at the Grammy Awards in 1970 but lost to Simon & Garfunkel’s Bridge over Troubled Water. 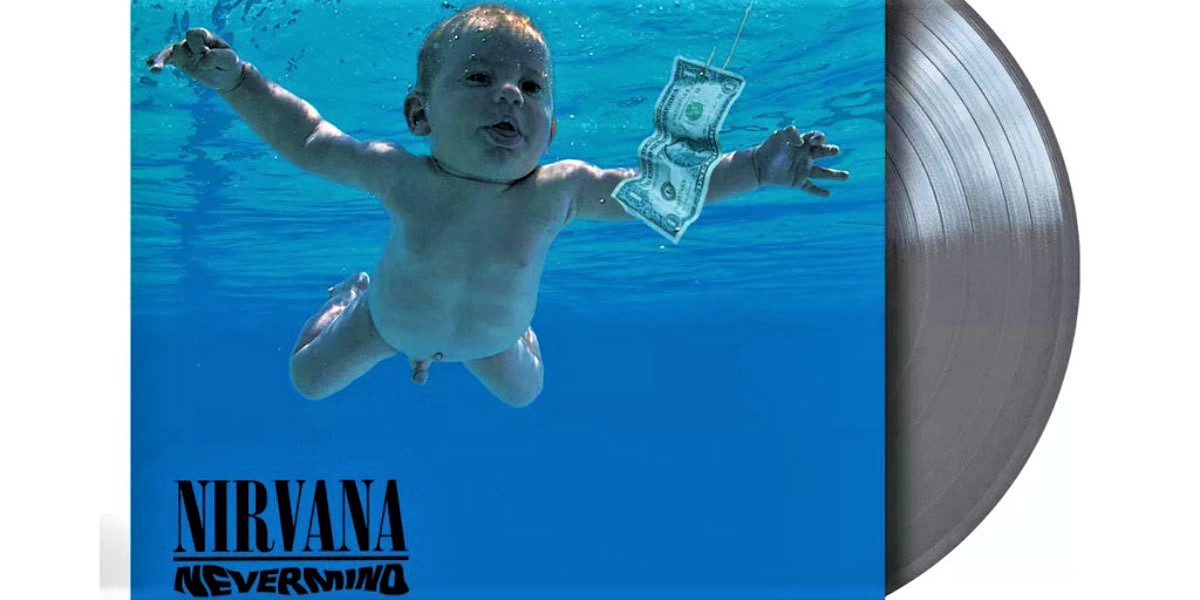 Nirvana – Nevermind was the band’s second studio album, released on September 24, 1991. The album helped to bring grunge music to mainstream audiences and became one of the best-selling albums of all time, selling over 30 million copies worldwide.

In addition, the album features some of Nirvana’s most famous songs, including “Smells Like Teen Spirit,” “In Bloom,” and “Come As You Are.”

Despite its commercial success, it was not an immediate hit; it took several months for the album to gain traction. However, the album quickly rose to the top of the charts once it did, eventually reaching number one on the Billboard 200. The album’s success was partly thanks to the popularity of “Smells Like Teen Spirit,” which became a global anthem for Generation X.

Numerous publications have ranked it as one of the greatest albums of all time, and it remains one of Nirvana’s most popular and influential releases.

The Rise and Fall of Ziggy Stardust and the Spiders from Mars is one of the most influential albums. It is a must-have for any fan of Bowie or rock music.

The Rise and Fall of Ziggy Stardust and the Spiders from Mars is a vinyl record by English rock musician David Bowie, released on June 16, 1972. The album was recorded in collaboration with American producer Tony Visconti and featured contributions from English musicians Mick Ronson, Trevor Bolder, and Woody Woodmansey.

The album was commercially successful, reaching number five on the UK charts and 17 in the US. It has been praised by critics for its innovative sound and is considered one of Bowie’s finest works. In 2003, the album was ranked number 262 on Rolling Stone magazine’s list of the 500 greatest albums. The album has sold over 20 million copies worldwide and has been certified Platinum by the RIAA.

The Rise and Fall of Ziggy Stardust and the Spiders from Mars was reissued on vinyl in 2016 to mark the album’s 45th anniversary. The reissue features a remastered version of the original album, bonus tracks, and a live recording of the song “Ziggy Stardust” from the BBC Radio 1 show In Concert.

For updates join our newsletter.